Getting Ready to Change 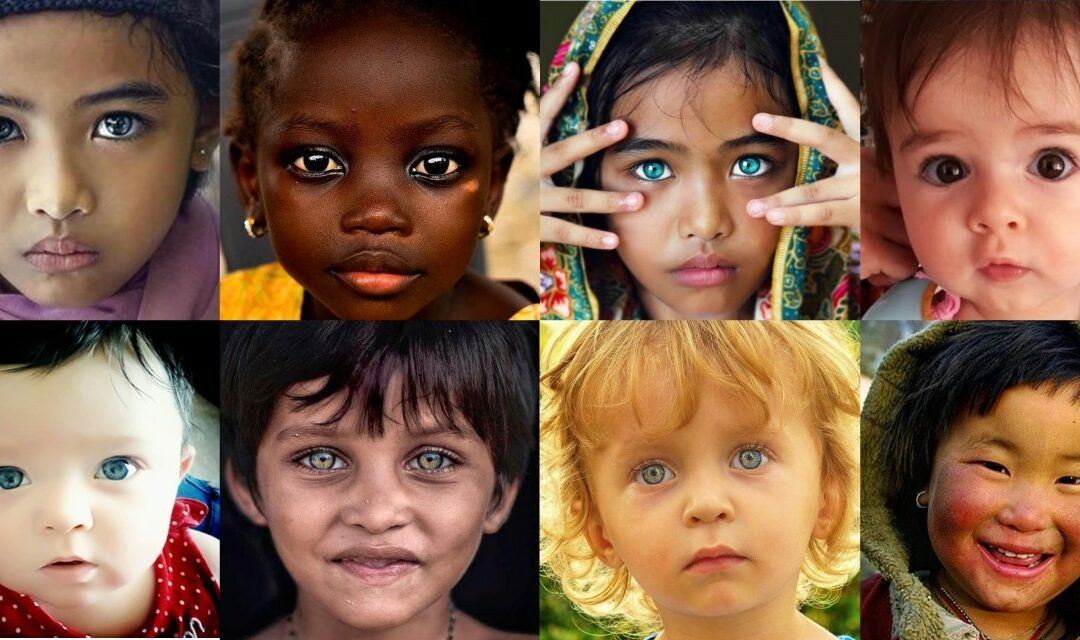 “To the eyes of a child, the world is huge… it looks limitless, full of diversity and of differences that set us apart.

With time, we learn that the world has its limits… we learn that we are not that different, as we all strive for the same goals: health, happiness, self-actualization, love.

And when you think that humanity is bound together in an interstellar cruise ship, with nothing else truly relevant in the surrounding cosmos but ourselves, then all our differences start appearing even more superfluous… regions, ethnicity, country…

People, all of us, are the only thing that matter, and with it, the house we live in.

To the careful observer, it becomes obvious that we are interdependent: everything is connected, and we are the only ones responsible for each other fate.

It suffers from severe water scarcity due to the intervention of India and China, which built large dams on the Brahmaputra river in order to direct the flow of water for industrial purposes and of intensive agriculture. The freshwater aquifers are seriously contaminated with lead, mercury and other polluting agents, because the textile industry has discharged chemical agents used to make garments for famous fashion brands. The World Health Organization estimates that 77 million people in Bangladesh are exposed to contamination and poisoning… Their fault? They were born on the wrong side of the river.

Our interdependence becomes even more vivid these days, with humanity facing the COVID-19 pandemic. Our differences don’t matter: we are all affected, we are all the same, and we all suffer.

Global-scale issues, such as pandemics, and global warming, outline the weakness of the political nationalistic model, as well as the blindness of politicians that have advocated for dividing, separating, creating walls, and protecting the interests of a few.

There is nothing that a country can do to tackle ecological disruption on its own. Global issues require a global response, and with it, the global means to act upon it, in a coordinated way, like a swarm.

A wiser and just allocation of resources should be our priority nr 1, in order to level the differences and the wealth gap across countries, so that we can be better prepared to tackle the next global challenges.

Take the next pandemic: we can’t protect the world to fall apart once again if countries like Togo, Malawi, Somalia, Tanzania, Chad, and many others have an average of 3 doctors every 100.000 inhabitants. The truth is, countries like this don’t have the resources to respond to an infectious disease — not to treat people and not to report on it fast enough to help the rest of the world. If they fall, we all fall.

“The real way for the long haul to make outbreaks less serious is to build the global health system to support core health care functions in every country in the world so that all countries, even poor ones, are able to rapidly identify and treat new infectious diseases as they emerge.”

We certainly have the resources, knowledge, and strategies to achieve the 2030 Agenda, but the paradox of a wealthier global economy with growing inequalities makes it impossible to implement the initiatives to build a prosperous and inclusive, climate-resilient society.

Society will change due to this pandemic. The current downturn is unfolding 6 times faster than the 2007-2009 financial crisis…. Trade, investment, growth, and employment are all affected and the crisis will have an impact on the achievement of the UN Sustainable Development Goals. A recession is inevitable, and our lives will certainly be affected.

However, changes for the better won’t happen automatically, just because things will change.

People must wake-up and demand for different investments, conscious projects and sustainable business models capable of fostering the greater good. Take for example the staggering 1 trillion USD that governments are foreseen to spend on nuclear weapons globally, over the next 10 years. That’s 100 billion USD annually.

Against the backdrop of increasing budgetary austerity and widespread cuts in health and social spending, such allocations for weapon systems appear not only exorbitant but also counter to the economic and social needs of the nuclear-armed states. In order to spend such large budgets on nuclear weapons, they are forced to reduce the budgets in other areas, such as health, education, environmental protection, and welfare.

Reality is: Nuclear weapons won’t help solve conflicts, and no one will ever benefit from their use. If you believe this money should be used on more meaningful projects, join an NGO, get involved, find other people that share your same theory of change and make your voice heard.

Demanding to allocate 1 trillion USD over the next 10 years to build the global health-infrastructure needed to make society more resilient, is perhaps idealistic…

…But surviving this crisis and getting back to the old way of doing things is certainly unrealistic.